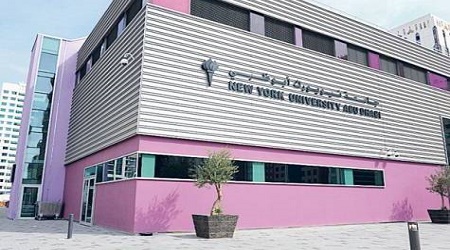 Tabah Foundation staff member Abaas Chaudhry and the Imam of NYU’s Islamic Center, Khalid Latif, took part in a discussion at New York University Abu Dhabi on Sunday 27th February on the commonalities and differences between Islam in the UAE and the US.

The discussion centred around issues of identity, culture, religious understanding and the need to create open mediums of communication in order to quell the so-called “fear of the other.” The event was organised by NYUAD’s student affairs body and had students, staff and chaplains from the New York campus in attendance.

Tabah‘s Futures Initiative Releases a Landmark Report on the Attitudes of...
Scroll to top